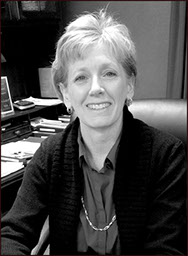 Kimberly K. Orth was a teacher for the Julesburg Public Schools for 32 years before retiring in 2014.  During that time she taught first grade for 16 years, second grade for 8 years, and third grade for 8 years.  She served on many committees and helped to re-establish the Parent-Teacher Organization, which took on many projects to update and enhance the learning environment at Julesburg Elementary School.  She was the Junior High Pep Club Sponsor for many years, Junior Class Sponsor for two years, a member of the Playground Committee and Landscaping Committee in addition to her professional duties.

Kim has also been actively involved with several community groups such as the Sedgwick County Booster Club, Post Prom Committees, Delta Kappa Gamma for most of her teaching career, and a member of PEO.  She has also been a St. Anthony’s Catholic Church Religious Education Teacher, has held many officer positions within her Church Circle and is a choir member.

Since retiring Kim has been employed part time at the Hippodrome Arts Centre as their Office Manager and continues in that capacity.  She was hired as the part time Executive Director of The William Stretesky Foundation in November of 2015.

Kim is married to Ed Orth and reside in Julesburg, CO. They have raised three daughters in Sedgwick County who now have families of their own. 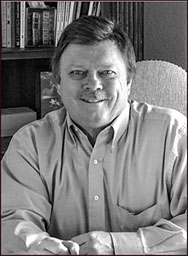 Max E. Carlson was born in 1949 and raised in Western Nebraska on a farm. He attended a one-room rural schoolhouse through the eighth grade. After graduating from high school in Chappell, Nebraska, he attended McCook Junior College in McCook, Nebraska receiving an Associate in Arts degree. He transferred to the University of Northern Colorado where he received a B.A. degree in English and Psychology. Following graduation, he taught English composition for two years at the University of Northern Colorado while pursuing his Masters. He then transferred to Law School at the University of Nebraska in Lincoln obtaining a Juris Doctorate degree in 1975. He practiced law in Colorado and Nebraska from 1976 until retirement in 2012. He served as the Sedgwick County Colorado Judge for thirty-three and a half years beginning at the age of twenty-eight.

He’s the father of four boys and resides in Prospect New Town of Longmont, Colorado with his wife Ann. His hobbies include photography and writing. 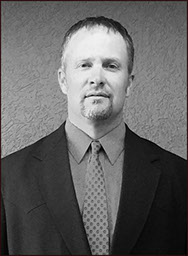 David Carlson is a 5th generation ag and cattle producer, and a life long resident of Sedgwick County.  After graduating high school from Julesburg, he attended Colorado State University, before returning to Sedgwick County to work with his father on their diverse farm and ranch in Northeast Colorado and the panhandle of Nebraska.  He raises wheat, corn and hay on his dryland and irrigated farm, as well as a cow/calf ranch and small feedyard.  David has also helped to start a certified wheat seed business that continues to grow each year.

David married Billie who is Co-Director of Nursing at the Sedgwick County Health Center.  They have four children.   When they are not out working on the farm and ranch, they spend most of their free time raising and showing livestock or chasing kids to various athletic events.

In 2004-2005 David was accepted in the Nebraska LEAD Program.  The Lead program is an intense two year program, training ag leaders for the next generation.   David serves as a Director for Grainland Cooperative, which is the second largest Co-op in Colorado.  He is also on the Sedgwick County 4-H Livestock Sale committee and enjoys spending time with local youth promoting the agriculture and livestock industry in Sedgwick County.

David joined the William Stretesky Foundation as a Director in January of 2014. 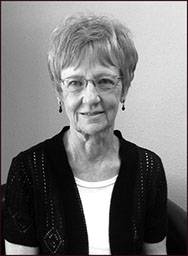 Muriel L. Nelson was born in Julesburg, CO and was raised with her siblings, one brother and two sisters, on a farm in Deuel County, NE just a few miles away from her Grandparents.  Muriel attended a rural school in Nebraska, graduated from the Sedgwick County High School and then attended and graduated from Park’s Business School in Denver. CO.  She then returned to Julesburg and married her High School Sweetheart and began her professional career.

She worked for an insurance agent and a CPA for a short time before she was appointed as Julesburg’s Town Clerk and Recorder, a position she held for forty-four years.  Throughout her lifetime she has faithfully served on numerous community committees and since her retirement in 2011 she continues to serve as Secretary for Orphan Grain Train, Rocky Mountain Branch; as a Member on the Julesburg Housing Authority Board; Vice President of the Julesburg Garden Club; Bookkeeper for the Julesburg Fire Protection District and was appointed to serve as a Board of Director member on The William Stretesky Foundation in January 2014.  She has always actively been involved in church work – serving as choir director for many years, church treasurer since January 2012 and as a member on the church council.  She enjoys all types of music and especially playing the piano.